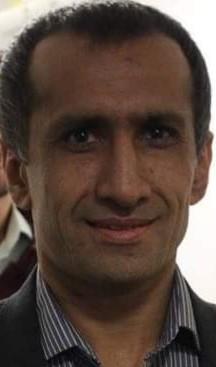 A language archive provides unique opportunities for student training in language documentation and archiving.  This training is even more remarkable when native speakers of collections are able to work with collections on their languages. Javid Iqbal is one such student.  This is an interview our Research Assistant Merrion Dale did with Javid earlier this month.

MD: What were you working on before you came to UNT?

JI: I have worked with Burushaski Research Academy (BRA) as a research officer for over a decade. BRA is a civil society organization established by Nasiruddin Nasir Hunzai (NNH), a well known scholar, researcher, Burushaski poet and author.  NNH had been assisting Berger, Tiffou, Morin and other well known linguists who had worked on the Burushaski language. He contributed thousands of his Burushaski lexical items to the Burushaski-German Dictionary published by Berger.

I have been organizing Mr. Hunzai's written works on Burushaski into publications. One of those works was published in coordination with the University of Karachi. I did an enormous amount of field work on Burushaski to collect rare words and document cultural events. I wrote the script for a video documentary about Burushaski language and cultural events while working with the BRA. I have also been known in the community for my public speaking in Burushaski on various platforms. I have been active as a language preservation and revitalization activist in the Burusho community and have coordinated with speakers of other languages in the region to raise awareness about language preservation. I have also translated a collection of 48 Biblical stories from English to Burushaski, some of them are audio recorded and available online.

MD: Tell us about the work you have done on the Burushaski Language Resources collection with Dr. Sadaf Munshi.

JI: Since I joined the graduate program at UNT, I have been working with Dr. Sadaf Munshi as her Research Assistant. During this period, I have been working on a Burushaski text and translation project for which I have transcribed and translated Burushaski material, representing all four dialects, from the archives.  I also reviewed transcriptions and translations already done by previous research assistants. Most of the writing I have done for my coursework is related to the Burushaski language taking advantage of Dr. Munshi's expertise in that language.

MD: You have recently taken an active role in promoting the Burushaski collection in the digital library with a Facebook group of other Burushaski speakers. Can you tell us a little bit about this group? What types of things do you discuss in this group?

JI: I have been part of Burushaski Research Academy Group on Facebook for more than a decade now. More than ten thousand Burushaski speaking community members (from three of the dialects) are in the group. People discuss a wide variety of subjects on this virtual space which include archaic and living words (their uses and connotations) and other parts of speech like proverbs and idioms. Members also ask questions about how to express some modern concepts in Burushaski or how to translate a word from other prestigious languages (Urdu, English) into Burushaski. Members share videos containing cultural music, poetry, customs and other cultural elements like dress and food.

Another amazing aspect of the group is that speakers of all the dialectal sections take part in the group discussion, though it seems to be truer for speakers of Hunza and Yasin varieties. We hope that Burusho speaking Nager and Srinagar varieties will also come forward on the platform. The number of members is growing day by day.

It has been noted by many outside linguists, scholars, and anthropologists that Burusho are quite sensitive about their native language and take pride in using, preserving, and promoting it. This Facebook group has been playing a positive role in creating awareness about language preservation and revitalization. One specific role of this group is promoting writing in Burushaski. Although people are still far from using a uniform orthography to write their language, I believe that we are gradually inching towards it. Recently, as a moderator, I have offered my services to all those who write a post on the group wall to edit their writing for its script and way of writing it and when I offer my own version of writing their post in the comment, they do edit their posts accordingly. I think this is one of the ways to create awareness about and a step toward harmonization of Burushaski orthography. I also actively read all or most posts in the group and respond to them to the best of my knowledge and members often refer to me for my view on certain issues. It is really encouraging that Dr. Munshi also takes time to read some posts and give her opinion on them. We often ask her for her expert opinion on various issues regarding analysis of the language and its historical background.

Last but not least, I share items from the UNT Digital Library in the Facebook group (once a week) and encourage members to go through it and talk about it. I write a few questions with the posts to help members engage with it.  (Thanks to Merrion for the valuable suggestion).