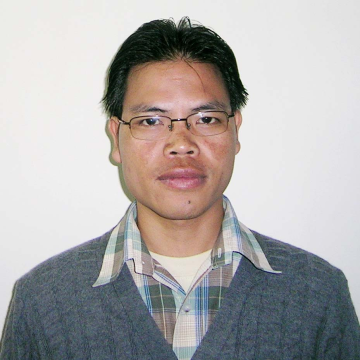 We are excited to introduce CoRSAL’s new occasional book publications which will provide additional access to materials in our digital collections either through interlinear glossed text collections or pedagogical materials.  Published by UNT’s  Aquiline Books, CoRSAL Occasional Publications can be freely accessed through the UNT digital library.  Limited print copies are also to be distributed to community members free of charge.  Our first in this series is the Pauthang Haokip text collection on the languages of the Barak Valley.  He discusses his experiences working on this collection here.

My experience working with the CoRSAL team in producing annotated texts collection from Kuki-Chin languages:

At the outset, I take this opportunity to share how it feels like working with the CoRSAL team at the University of North Texas during the entire preparation of my annotated texts from four Kuki-Chin languages, namely Thadou, Saihriem, Hrangkhol, and Ranglong. Thadou is spoken in the state of Manipur while the other three languages are spoken in Barak valley (southern Assam) and the adjoining hills of Tripura in the Northeast. The texts were the outcome of the audio and video recordings that I have collected on folktales common to most Kuki-Chin languages and a few from their belief system and other customary practices. The texts are largely drawn from Thadou and some selected texts from the remaining languages. After having done my initial transcription of the texts, I was looking for a platform to publish the collection of my texts. The first person who came to my mind to discuss my collection was none other than Professor Shobhana Chelliah who has worked extensively on Meithei and is currently working on Lamkang. After having seen my first manuscript, she gave her comments saying “the texts deserve some merits but still require cleaning up before they can be published”.

Without much delay, Prof. Chelliah requested for me to clean up my text collection so that the process of publication could be initiated. Having accepted to work with her, I started cleaning up my text collection. Prof. Chelliah immediately assigned the task of looking into the English translation of the glossed texts to one of her scholars, Evaline Blair. Evaline meticulously went through the English translations and offered a more precise and accurate translation of the glossed texts; besides correcting the typos and other grammatical issues. The next round of checking my text collection was assigned to Mary Burke, another scholar of Prof. Chelliah. Mary looked into the glossing of the texts morpheme-by-morpheme and identified the inconsistencies including prefix and suffix boundaries that were not consistently followed. Mary also arranged for two ZOOM meetings to discuss other issues and inconsistencies that were found in the text collection. After much discussion and mutual consultations, we were able to narrow down the meaning and function of various bound morphemes.

Two major incorporations that were not marked in the text collection and which were later pointed [out] were tone and verb stem marking. Mary had to return the original file so that I could make the necessary changes which I did and returned the file for further incorporation into the original file. Having sorted out the major inadequacies in the text collection, Prof. Chelliah examined the texts and helped us solve some of the grey areas we were not very sure of. Most of these grey areas were related to various adverbial markers. Prof. Chelliah narrowed down the meaning and function of various adverbial markers and the same was incorporated into the text after due changes were made. The work was still far from over even after several rounds of checking. Mary had to take an extra effort of checking the appropriateness of glossing both at the morpheme level and also with the English glosses. Finally, all the suggestions were incorporated and sent to Mary for the necessary incorporation. After all these rounds of checking and re-checking, the manuscript is now ready for final proofing before it goes for publication. As a back up to these annotated texts, audio recordings of the texts are deposited with the CoRSAL archive for future preservation and dissemination to the general public.

Working with the CoRSAL team was a great personal experience for me. The CoRSAL team headed by Prof. Chelliah has helped me not only in cleaning up the texts but also in figuring out the very many nuances of these languages contained in the texts. I will remain ever indebted to the CoRSAL team for the fabulous job rendered to me from the start to the end. I encourage young scholars who are beginning to explore the richness of their languages to work with the CoRSAL team in producing text collections and other descriptions of their languages. Finally, I would say that CoRSAL team headed by Prof. Chelliah at the University of North Texas is the best platform many young linguists working with the languages of the Himalayas and Northeast India can look up to, for realizing their dream of publishing books and depositing their materials for the general public within a speculative time and with a great amount of precision.